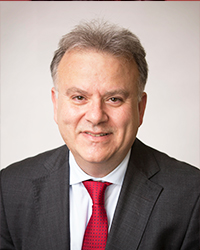 For the clinical, research and charity work, Professor Giannoudis has received a number of awards including: