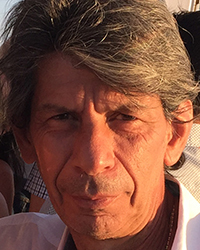 His postgraduate studies were in the field of Upper Extremity Surgery, in the Orthopaedic Clinic of the University Of Pittsburgh, USA (UPMC- University of Pittsburgh Medical Center)., and specialized in Orthopaedics and Hand Surgery – Microsurgery. After the specialty he was a Attending Upper Extremity Surgeon for four years at the Hand Surgery – Microsurgery Clinic of KAT Accident Hospital in Athens.

Since 1993, he is a founding member of the Department of Hand and Upper Extremity Surgery – Orthopaedic Reconstructive Microsurgery at the Athens Medical Center.

His publications include over 130 articles in International and Greek Scientific Journals and Congresses, and he has been given as a speaker more than 140 lectures in Seminars and Congresses in Greece as well as abroad. He is very active in learning new knowledge and skills, therefore he travels quite often to keep up in pace with the current concepts in his field.

Dr. Giannakopoulos is a Visiting Professor in Drexel University, PA, USA and he has always been actively involved in the training of young orthopaedic surgeons as a permanent Instructor in numerous Courses and Workshops throughout the Universities in Greece.

Moreover, he organizes every year, since 2007, the “Hand Course” consisting of Live Surgeries, Lectures and ”Hands-on” Workshops with Cadavers, which apart from a remarkable reputation, it has helped in the continuing education of more than 600 Hellenic Orthopaedic Surgeons so far.