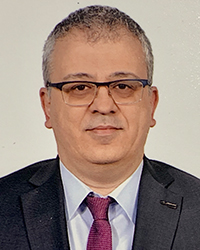 Prof. and Academic Staff at the Department of Orthopaedics and Traumatology and Division of Hand Surgery in Dokuz Eylul University School of Medicine since 1997

President of Turkish Society of Reconstructive Microsurgery between 2012-2014

President of European Federation of Societies for Microsurgery betweeen 2014-2016