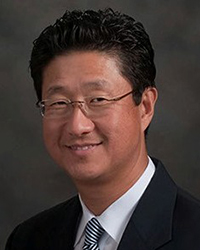 Dr. Chang has dedicated over 20 years in the field of reconstructive surgery for cancer patients, and have developed an international reputation as a leader, a pioneer and an innovator in our field, especially in the areas of breast reconstruction and microsurgical treatment of lymphedema. Dr. Chang has particularly been instrumental in recent surge of interest in microsurgical treatment of lymphedema with procedures such as lymphovenous bypass and vascularized lymph node transfer. He has co-chaired the  World Lymphedema Surgery Symposia since 2013, and he has organized Annual Chicago Breast and Lymphedema Surgery Symposia since 2013.  He has co-edited a textbook Lymphedema Surgery, which was first published in 2015.

He was a recipient of the prestigious Godina Traveling Scholar Award from the American Society of Reconstructive Microsurgery in 2005. He has published over 159 peer-reviewed research articles (mostly on topics of oncologic reconstructive microsurgery) and numerous book chapters. He has trained and mentored numerous medical students/residents/fellows in the field of reconstructive microsurgery. He has been invited to lecture at more than 250 national and international symposia and meetings, while serving as a visiting professor at leading institutions all over the world.