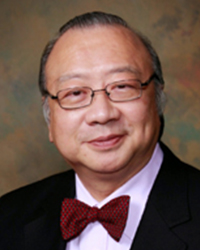 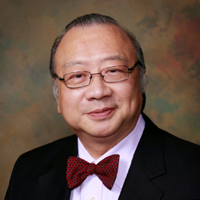 Dr. Chiu is Professor of Plastic Surgery and Neurosurgery of New York University and Adjunct Professor of Anatomy and Cell Biology of Columbia University. He received his M.D. from Columbia University, College of P & S in 1973. He had post-graduate training in surgery, plastic surgery and hand surgery at Barnes Hospital in St. Louis, Columbia-Presbyterian Medical Center and New York University Medical Center in New York City respectively. Currently, he is the Chief of Hand Surgery, and Director of Nerve Center in the Institute of Reconstructive Plastic Surgery of New York University Medical Center. He is a superb surgeon and a thoughtful physician, who is constantly innovating and striving for perfect harmony of form and function. He is intuitive, methodical and tenacious, and always has a proclivity of asking clinically pertinent questions. While he was a medical student, he rotated in my lab where he asked the question, how long can the skeletal muscle survive without blood supply? In the dog, we put a tourniquet on a hind leg and made the leg totally ischemic. We used the outpouring of the enzyme reatine phosphokinase (CPK) after release of the tourniquet as an indication of muscle damage. We were indeed surprised to find that muscle can sustain an one-hour total lack of blood without releasing any CPK and thus the proposal of hourly interruption of tourniquet application. He did many unique surgical procedures, such as transplanting the second toe for thumb and finger reconstruction for children as young as one year of age. One of his operations on a one year old girl with amniotic Bans syndrome was recorded by a national network and televised worldwide. Once a young boy had his right arm amputated by the back gate of a truck; Dr. Chiu re-attached the arm, suturing carefully muscle to muscle, nerve to nerve, bone to bone etc and the arm was miraculously saved. He also made significant contributions to the research on peripheral nerve regeneration for which he was awarded the Hanno Millesi Award in Vienna in March 2010. He was cited as the pioneer of the use of interpositioned autogenous vein graft as nerve conduit (AVNC). The nerve stumps are threaded inside a vein segment which serves as a bridge linking the two cut ends of a nerve and provides a physiologically amicable vital passage for the regenerating axons to grow directionally without being obstructed by scar tissue. His innovation stimulated the development of a new field of bioengineering: manufacturing of synthetic nerve conduit. He was also credited for conceptualizing the re-entrance approach of spinal cord reinnervation. He postulates that 1) a peripheral nerve would retain its regenerative capacity even if it is placed inside the spinal cord; 2) there exists in the spinal cord a movement coordinating center, most likely near or at the reticular formation region, which can initiate integrated and coordinated set of motions. He calls that the “spinal brain”. In a rodent model he and his associates at Columbia have demonstrated that when a vascularized spinal nerve stump is re-introduced inside the cut spinal cord via a laminectomy window, the regenerating axons can grow unhindered towards the lamina 7 and 9, and forms functioning synapses. Dr. Chiu received numerous awards and honors including

Best Doctors in New York, America’s Top Doctor in Hand Surgery, Microsurgery, Cosmetic Surgery (face), Peripheral Nerve Surgery, Who’s Who in America and Who’s Who in the World. He also served as President of American Society of Reconstructive Microsurgery, American Society of Peripheral Nerves, New York Regional Society of Reconstructive Plastic Surgery, New York Society for Surgery of the Hand, President of The Sunderland Society (the most elite group of peripheral nerve surgeons of the world) and currently he is the Founding Chairman of the world Association of Plastic surgeons of Chinese Descent.

Dr. Chiu was very keen on the health status of Chinese Americans and the professional development of Chinese American physicians. Such expressed interest and his natural leadership ability led to his recruitment to the Board of the then American Chinese Medical Society in 1984. In 1986 he was elected President of the Society. He immediately proceeded to re-organize, redirect, and reinvigorate the Society. He changed the name of the Society from American Chinese Medical Society to Chinese American Medical Society. It was based on the vision that while we are Chinese by race we are American by citizenship. While we should live up to our responsibility, we must assert our rights as Americans. Chinese American physicians, working cohesively together, could make significant contribution to American medicine and “will stand as a magnificent column in the house of American Medicine”. To honor the founding member and past presidents of the society, he formed the Board of Regents. To bring in new blood he recruited a whole new generation of Chinese American graduates from American Medical Schools. To grow horizontally he organized two additional chapters, the Northwest Chapter and the Mid-Atlantic Chapter. To capitalize the society coffer, he raised the membership dues from 20 to 100 dollars. To substantiate the scholarship fund he initiated a fund raising dinner program including the Chinese New Year Banquet. To democratize the governance he created a Council inclusive of not only members of the Board of Directors but also members of all Committees. To make the presidency more effective, he lengthened the term of the presidency from one to two years. To ensure continuity he created the position of Executive Director; he even managed to convince me to accept the appointment which I have been stuck with for the next 25 years! His haute vision, his dedication, his energy and his demands for nothing but the best fundamentally changed the course and outlook of the Society. One poignant moment was the night when he host he Third Health Conference (of FCMS) on Problems related to Chinese in America at the fabled Window on the World. The two hundred strong of Guests and member of CAMS entered the top floor of the WTC in amazement, left with hope and pride. For his outstanding contributions, he was elected President Emeritus of CAMS and an ex officio member of the Board of Directors, a role he continue to play exemplarily. Moreover, he was also the prime founder of the establishment of the Federation of Chinese American and Chinese Canadian Medical Societies (FCMS) in 1994, and later the FCMS Foundation dedicated to supporting the mission of FCMS. He currently leads the FCMS Foundation as its founding President.