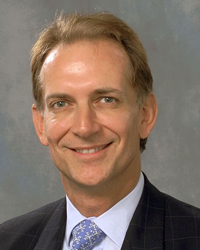 I graduated in Plastic Surgery from the Department of Plastic Surgery at Groote Schuur Hospital and the University of Cape Town in 1993. This was followed by further training at Mount Vernon Hospital in London under Douglas Harrison who stimulated my interest in free functional muscle transfers and I was eventually appointed as a Consultant Plastic Surgeon there in 1996. I was appointed Director of Research of RAFT in 2004 and after the relocation of the Mount Vernon unit to the Royal Free Hospital in 2006 practiced there till 2018 after which I joined Great Ormond Street Childrens Hospital and the Inselspital in Bern. I have a long standing association with the University College of London initially as senior lecturer and finally Professor in the Division of Surgery and Interventional Science.. I was awarded a Hunterian Professorship by the Royal College of Surgeons of England in 2004 for my research on the role of end-to-side neurorraphy in functional muscle transfers. I have supervised 17 PhD theses successfully and published more than 150 peer reviewed publications. I have given numerous lectures Internationally.